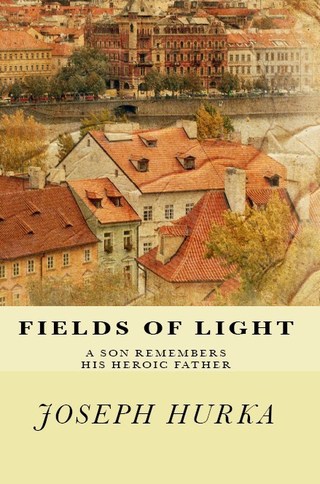 Fields of Light: A Son Remembers His Heroic Father

In 1993, Joseph Hurka traveled to Prague to walk in the footsteps of his father, a Czech resistance fighter and American spy. The result, FIELDS OF LIGHT: A SON REMEMBERS HIS HEROIC FATHER won the Pushcart Editors' Book Award (nominated by Andre Dubus) and is now reissued in an anniversary paperback edition.

As the son walks through history, he learns how his father, Josef, came of age fighting the Nazis, and later worked in the Underground against the Communist government of Czechoslovakia. He describes in detail--here for the first time--the rescue of the great Czech statesman Dr. Josef Macek and his wife, Bela, on one dangerous night in December, 1949. FIELDS OF LIGHT is also a story of modern Prague and the Czech Republic after the Velvet Revolution of 1989. Hurka takes us with into the heart of the city, to Prague Castle--home of ancient kings--and into the "Old Town," where Kafka lived and Mozart once performed.

FIELDS OF LIGHT: A SON REMEMBERS HIS HEROIC FATHER won the 19th annual Pushcart Editors’ Book Award. It earned strong reviews in national and international publications, including The Prague Post, The Chicago Tribune, The Boston Globe, and The Bloomsbury Review.

“It is the story of a man who fought for democracy and…the moving account of a son who finally comes to know his father.”